There are nearly 200 organized Islamic groups dedicated to waging violent jihad. The following information is limited to the most notable terror groups. For a more comprehensive list, see here. 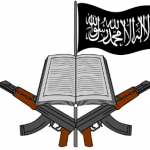 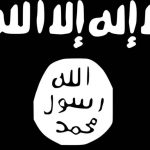 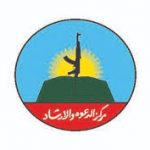 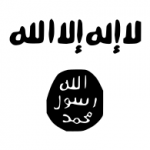 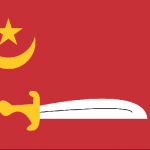 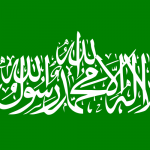 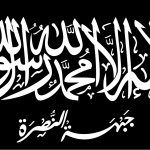 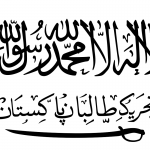 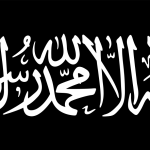 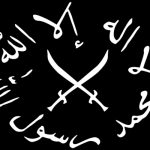 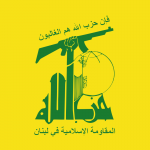 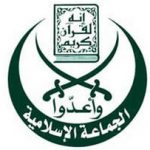 Abu Sayyaf, unofficially known as the Islamic State of Iraq and the Levant – Philippines Province is a Jihadist militant group that follows the Wahhabi doctrine of Sunni Islam based in and around Jolo and Basilan islands in the southwestern part of the Philippines, where for more than four decades, Moro groups have been engaged in an insurgency for an independent province in the country. The group is considered violent, and was responsible for the Philippines’ worst terrorist attack, the bombing of Superferry 14 in 2004, which killed 116 people. The name of the group is derived from the Arabic abu (Arabic: أبو‎‎) (“father of”), and sayyaf (Arabic: سيّاف‎‎) (“swordsmith”). As of 2012, the group was estimated to have between 200 and 400 members, down from 1,250 in 2000. They use mostly improvised explosive devices, mortars, and automatic rifles. 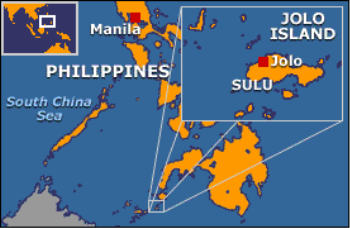 Al-Qaeda. Founded by Abdullah Azzam, Osama Bin Laden, as well as other militants, the Al-Qaeda is a Wahhabi organization whose objective is to unite all the Muslims around the world in a global jihad and a harsh interpretation of Sharia law. The al-Qaeda played a role in the US embassy bombings in 1998, the September 11 attacks, and the Bali bombings in 2002. Even though Osama Bin Laden’s death resulted in a setback for their operations, they remain the deadliest terrorist organization in the world. Their attacks are sectarian related and their typical way of executing attacks is through the use of suicide bombers or carrying out of suicide missions. They are tremendously influential and are believed to own numerous aircraft including executive jets and Boeing 727s.

Al-Shabaab. The group sprouted from the splintering of the Islamic Courts Union after it was defeated by Somalia’s Transitional Federal Government (TFG) and their Ethiopian military allies. The group was established in 2006 with the sole aim of stopping foreign Somalian military forces. It is a Salafist jihadist group that is based in East Africa and it pledged allegiance to Al-Qaeda in 2012. In 2015, they carried out their deadliest attack which resulted in the killing of 148 students at a Kenyan university. The group has been officially designated as a terrorist group by Canada, Australia, the UAE, the U.K and the US. 4. Boko Haram. Boko Haram is an Islamist based militant group in Nigeria, and is affiliated to and receives funding from Al-Qaeda. They are exceedingly vocal concerning their intolerance of Western education and made the news for their abduction of over 250 Nigerian school girls. Boko Haram literally means that western education is anathema. Boko Haram is alleged to have killed at least 6,742 civilians between 2009 and 2014. The group was originally established as a Sunni Islamic group and advocates for the proliferation of the very intolerant Sharia law in places where they have seized power. They continue to threaten an overthrow of the Nigerian government, which they say has become heavily biased and open to Western influence. In June of 2011, they successfully carried out the bombing of the UN headquarters located in Abuja. “Boko Haram” means “Western education is sin.” Hamas, which stands for “Harakat Al-Muqawama Al-Islamia,” is a Palestinian socio-political terrorist organization, which was established in 1987 as a branch of the Muslim Brotherhood. The group was founded with the objective of carrying out jihad against Israel and securing Palestine’s freedom from Israeli ‘occupation.’ In its operations against the Israeli government, the terrorist group is known to be significantly supported by Hezbollah. They are also associated with deadly suicide bombers. Recently, a European Union court has petitioned that Hamas should be taken out from the list of terrorist organizations in EU countries. 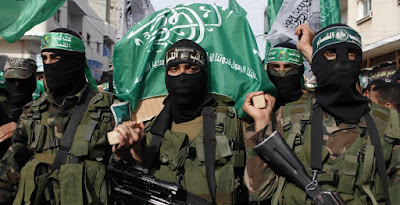 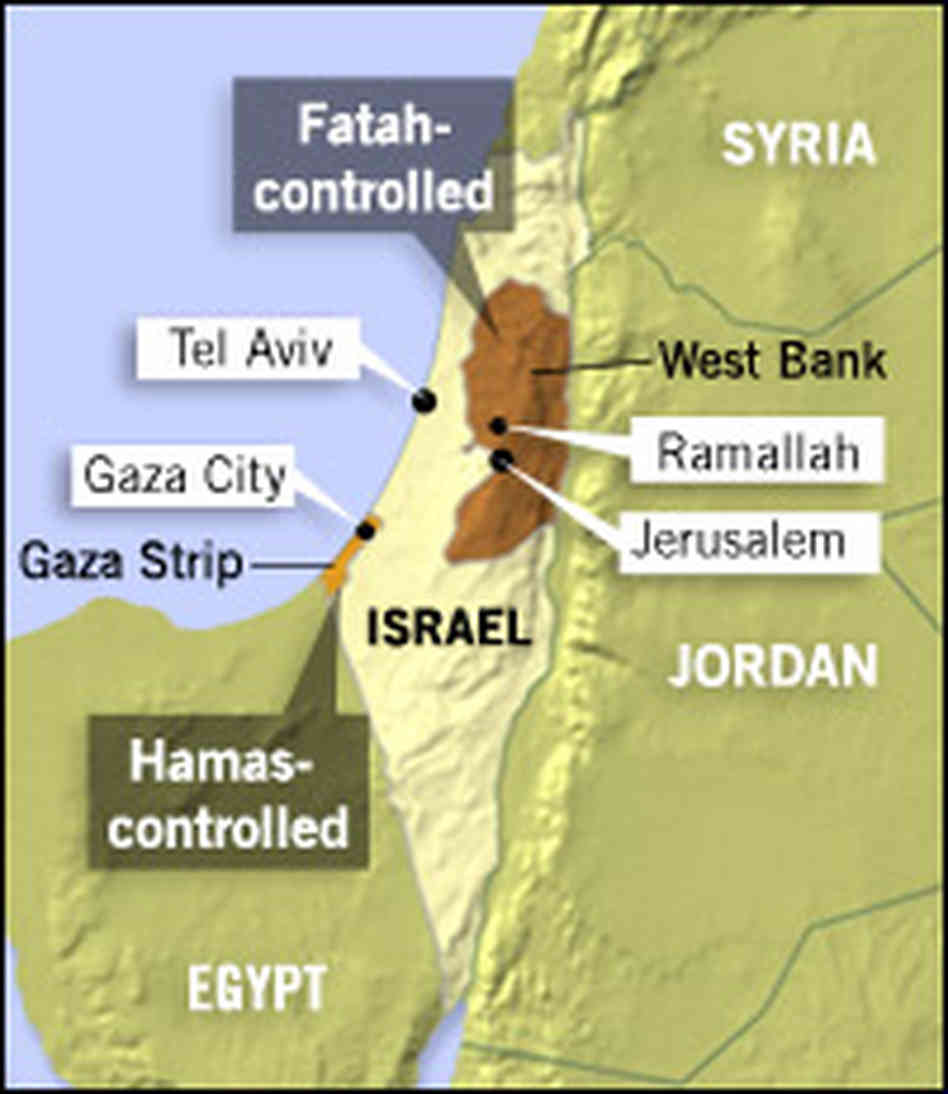 Hezbollah. Hezbollah means “party of Allah.” The Lebanese-based Shi’ist militant group was established by Muslim clerics (headed by Ayatollah Khomeini) with the sole intention of countering Israel’s occupation of Lebanon (1982). Their intention has been clearly defined as they seek to expel all foreign presence, particularly Americans together with their Western allies. The group is sponsored by Syria and is also known to receive funding and training from Iran. Some of the terrorist activities which have been credited to this group include the hostage crisis in Lebanon from 1982 – 1992, the bombings of the Lebanese US Embassy in 1983, the attack in 1994 of the Israeli Embassy in London, and many others. 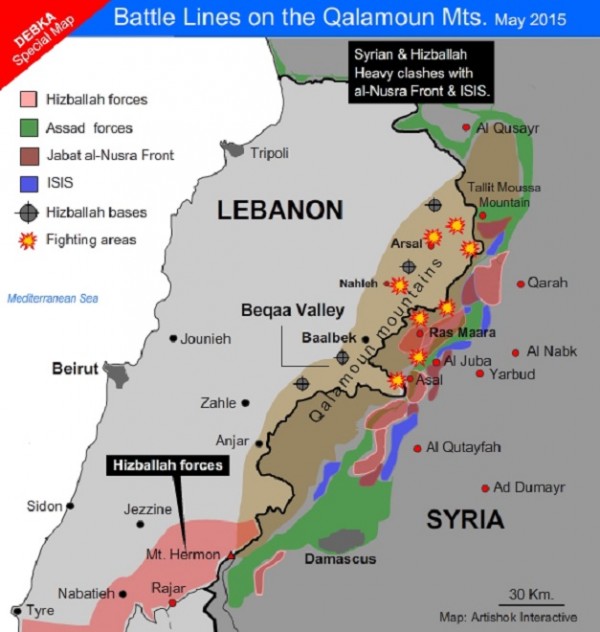 ISIS. Known officially as ISIS, DAESH or ISIL which stands for Islamic State of Iraq and al-Sham (the Levant/Syria), the group controls part of northern Iraq and parts of Western Syria. It has fashioned a form of brutal government that enacts and enforces sharia law. The Islamic State, which was founded by Abu Bakr al-Baghdadi, has perpetrated acts of terrorism and barbarism that are so cruel that it was condemned by even Al-Qaeda. ISIS admits fighters from around the world and motivates them to relocate to “al-Sham” which means heaven on earth and is believed to have nearly 80,000 fighters within its ranks in Syria and Iraq. The group believes in an apocalyptic vision where they will bring in paradise by capturing certain territories in the region. They encourage all forms of terrorist attacks in Western countries and accepts allegiance from anyone who will swear to them. The group finances itself by selling slaves, artifacts, drugs, and oil. They promote themselves greatly through the use of social media by posting videos of grisly activities such as beheadings. 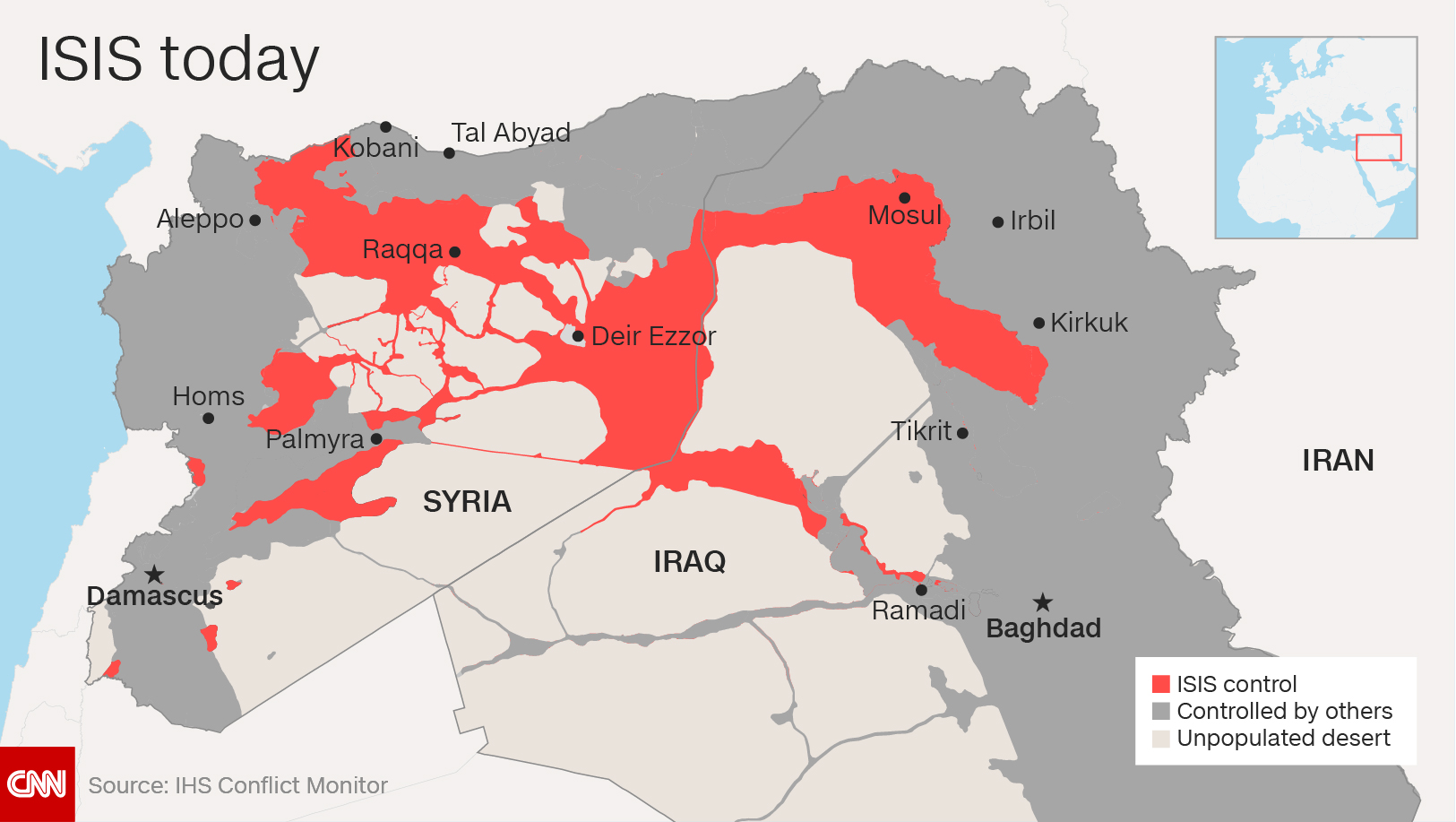 Jabhat al-Nusra or the Al-Nusra Front is Arabic for “The Support Front for the People of Al-Sham” and operated originally as an arm of al-Qaeda in Lebanon and Syria. They are led by Abu Mohammad al-Julani, and their importance lies in the terrorist group being the stoutest supporters of the Syrian rebels that are fighting the government of Bashar al-Assad. This is one of the rebel groups in Syria which receive assistance from the U.S. in the form of weapons because it opposes the Assad and the Islamic State. The group has been labeled a terrorist organization by Turkey, Australia, New Zealand, Canada, Saudi Arabia, the U.K, the US, and the UN. 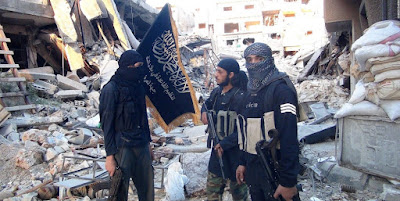 Jemaah Islamiyah, meaning “Islamic Congregation”, frequently abbreviated JI. JI is a Southeast Asian militant extremist Islamist terror group dedicated to the establishment of an Islamic state in Southeast Asia. On October 25, 2002, immediately following the JI-perpetrated Bali bombing, JI was added to the UN Security Council Resolution 1267 as a terrorist group linked to Al-Qaeda or the Taliban. JI is a transnational organization with cells in Thailand, Singapore, Malaysia and the Philippines.In addition to al-Qaeda the group is also thought to have links to the Moro Islamic Liberation Front and Jamaah Ansharut Tauhid, a splinter cell of the JI which was formed by Abu Bakar Baasyir on July 27, 2008.

Lashkar-e-Taiba (LeT, Urdu: لشکر طیبہ‎ [ˈləʃkər eː ˈt̪ɛːjbaː]; literally Army of the Good, translated as Army of the Righteous, or Army of the Pure  is one of the largest and most active terrorist organizations in South Asia, operating mainly from Pakistan. It was founded in 1987 by Hafiz Saeed, Abdullah Azzam and Zafar Iqbal in Afghanistan, with funding from Osama Bin Laden. Its headquarters are based in Muridke, near Lahore in Punjab province of Pakistan, and the group operates several training camps in Pakistan-administered Kashmir. Lashkar-e-Taiba has been accused by India of attacking military and civilian targets in India, most notably the 2001 Indian Parliament attack and the 2008 Mumbai attacks. Its stated objective is to introduce an Islamic state in South Asia and to “liberate” Muslims residing in Indian Kashmir. Though formally banned by Pakistan,the general view of India and the Western countries, including of experts such as former French investigating magistrate Jean-Louis Bruguière and New America Foundation president Steve Coll is that Pakistan’s main intelligence agency, the Inter-Services Intelligence (ISI), continues to give LeT help and protection. When LeT was banned in Pakistan, the political arm of the group, Jamat ud Dawah (JuD), was not initially banned despite its recognition by the UN Security Council as a LeT front. JuD continued to remain un-banned until 2015. However, JuD still continues to work openly as LeT’s charitable wing.

Taliban. Founded by Mullah Mohammed Omar in 1994, the Taliban makes money via human and drug trafficking. The Afghanistan chapter of the Taliban is ubiquitous in their illicit activities. The group has an annual revenue of nearly $400 million resulting from their activities ranging from extortion, human trafficking, drug trafficking among others. Mohammed Omar is a founding member of the group and remains its spiritual leader since its commencement in 1994. The September 11 attacks on New York’s World Trade Center was perpetrated by the Taliban. The Taliban was trained by the ISI and organized by the USA to free Afghanistan from Soviet Union control. Reportedly they have perpetrated some of the most monstrous violations of human rights ranging from raping women, ethnic cleansing, and recruiting child soldiers. The Taliban rank among the deadliest terrorist groups in the world.

Tehrik-e Taliban Pakistan. On the border between Pakistan and Afghanistan live a group called Tehrik-e Taliban Pakistan. This group forms part of the numerous Islamist groups that have been active in the in Pakistani-Afghan border. Their intentions include the complete overthrow of the Pakistani government, enforcement of the Sharia law as well as combatting the NATO forces present in Afghanistan. The TTP which is led by Maulana Fazlullah is not in direct association with the Taliban in Afghanistan. The attempted car bombing in 2010 at Times Square was purported to have been carried out by the TTP. The group has claimed to be responsible for several attacks which include attacks on Pakistani army and naval stations, suicide bombings, and the bombing of the Pakistani UN offices.