What are the various Islamic Sects?

What are the differences between Sunni and Shiite and others?

With the death of Mohammad in A.D. 632, Islam ceased to be a monolithic religion. Disagreements about succession were made manifest even before his funeral ceremony. By the next generation, a complete schism had occurred with two principle branches: Sunni and Shia. From there, as with other major world religions, further divisions occurred in the following centuries. 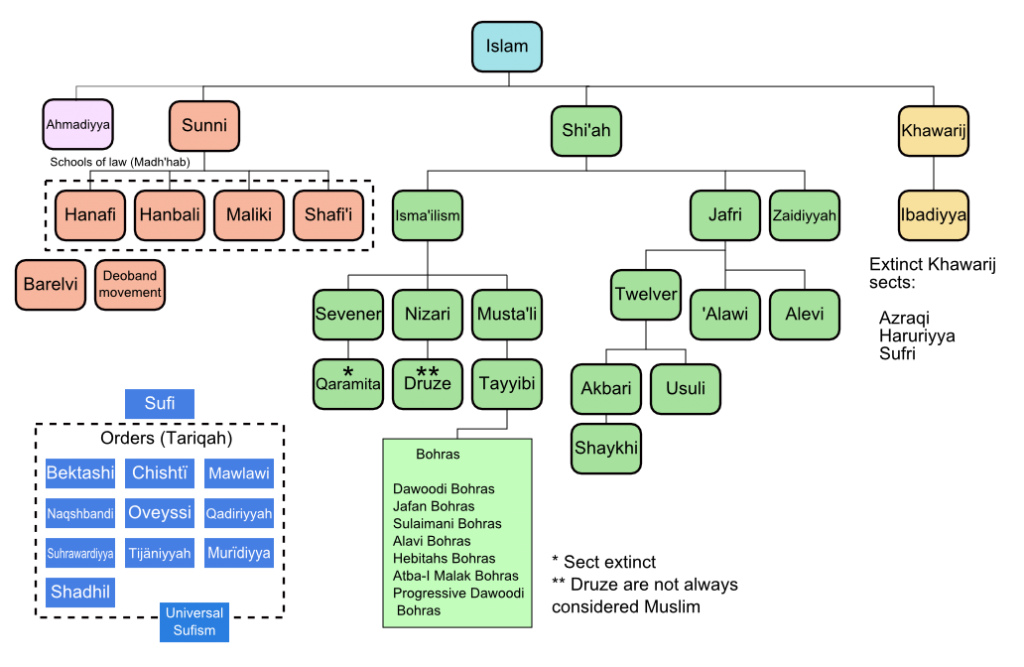 Among the Sunni sect there are four major schools of thought or sub-sects each follow a particular Islamic law. They are: